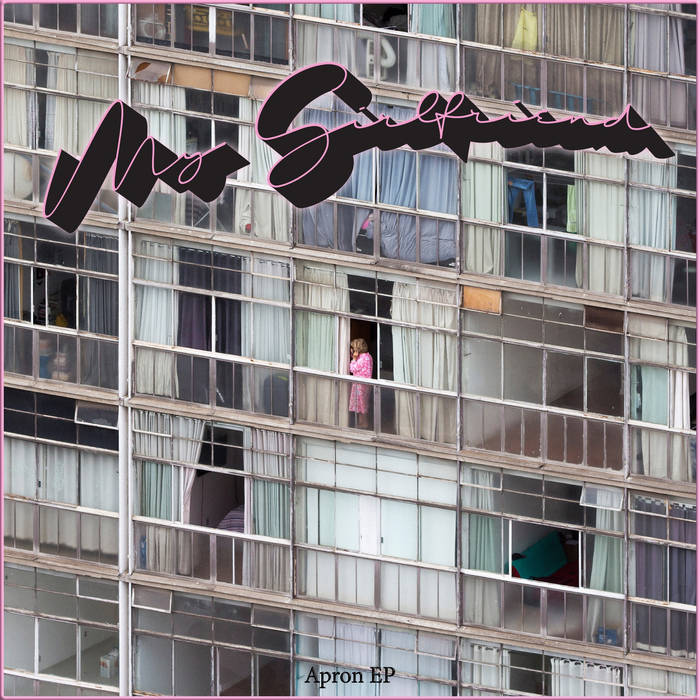 Pedro Zopelar and Benjamim Sallum started jamming and performing live sets in São Paulo in 2016, when Ben was only 15 years old. At that time they where doing freaky improvised live perfomances in tribute to a popular youtube video called “My Girlfriend Is Programming The Roland TR-909, Making a House Beat”. Using that huge name the duo performed live before Theo Parrish at the RBMA festival in São Paulo 2017, and was the first that the track GIDI was played. In 2018 “My Girlfriend” releases their first record dropped by Subsubtropics, (a Brazilian label that previously released “Dreams”, “Design a Wave”, “Seixlack & Zopelar” and more).

The Apron EP is a compilation of My Girlfriend’s tracks there are more influenced by a Brazilian approach on neo-soul, house and funk. From the first raw jams to these particular vision from “what is Brazilian music from nowadays”, the duo represents a fresh sample about what is happening into the club music scene there. Benjamim Sallum is resident at the famous party “Mamba Negra” headed by Cashu and Laura Diaz (Teto Preto, Carneosso), and since his 15yo developed a fast progress on the art of making tracks and DJing. He runs his own label “OXI”, where he often drops some crazy cassettes EPs from himself and his friends. Zopelar is multi instrumentist, DJ and producer based in SP, responsible for the keyboards, synths and basslines of the record. He studied piano on his youth and made music college in rio with 18 yo. Based in SP after his studies till now, he runs another well known party named “ODD”, where Funkineven played in 2017 (both Rio and Sao Paulo editions) and knew all that crew.

The opening track “piercing”brings pads and strings recorded and manipulated on a MPC sampler with some dreamy lead synths on top. GIDI is a tribute to all the church keyboard players in the world. And there is also another tribute to a specific music school from late 70’s in Brazil called club da esquina (“B2 Corner Club”), headed by legendary singer and composer “Milton nascimento”, is a typical sound from Minas Gerais, State where Pedro was born and raised till his 17 years old.

Bandcamp Daily  your guide to the world of Bandcamp

Featuring Oakland sounds from the Smart Bomb collective and Samplelov.